Memorial Museum of Totalitarian Regimes is a powerful academic, value-oriented, educational, and tourist facility with a legal capacity and static display; with dynamic exhibition section and autonomous research projects; and one actively engaged in a modern cultural context.

Territory of Terror is a municipal institution aimed to explore, comprehend, and present the tragic chapters of the mid-20th century history in the context of modern challenges.

The museum is located in Lviv, on the site of the former ghetto (1941–1943) and the transit prison No 25 (1944–1955). The location determines the focal topics of the institution: transformations of urban space due to Nazi and Soviet violence, human experiences in extreme conditions.

Territory of Terror is developing a platform for dialogue and discussions around the traumatic past and present events with an aim to build a tolerant and inclusive society. Museum is a model for memorializing the contested heritage left after the Second World War and the collapse of the Soviet Union.

Among key areas of institution work are exhibition and education projects, art interventions within urban space, cooperation with sectoral institutions in Ukraine and internationally, documenting oral history testimonies about tragic events since the 1930s until now. 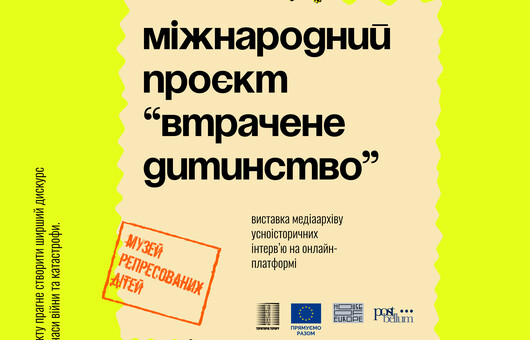